This project involved upgrading 186’ of Orange Street by replacement of the existing box beam bridge with a 93’ long single span composite steel beam bridge including approach reconstruction. Design services included surveying and engineering for the preparation of roadway construction plans including a project site plan, drainage design, right of way plans, and preparation of the Plans, Specifications & Estimate (PS&E) package. We were able to re-scope the project to leave the large existing concrete gravity abutments in place, design new pile-supported integral abutments behind them and save the City substantial costs by eliminating unnecessary concrete coring and reducing geotechnical engineering expenses. Our proposed design of leaving the concrete abutments in place but not building on top of them, as originally scoped, resulted in the benefits of a completely new bridge, rather than a rehabilitated one, as well as providing additional scour protection.
Project estimated construction cost was $829,243. 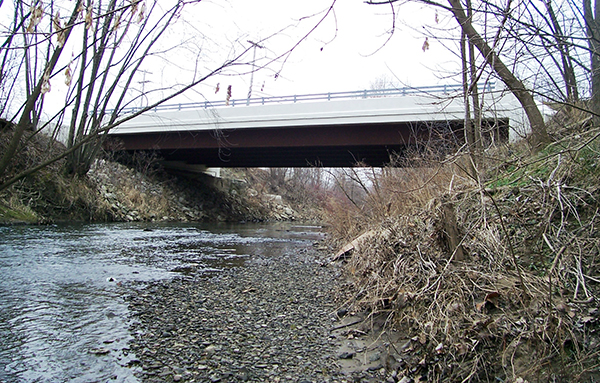